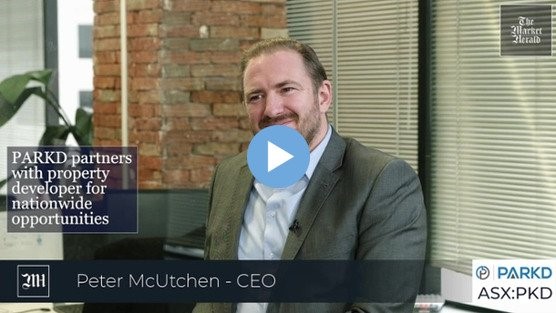 Adelaide,  Australia,  Tuesday  3  August  2021:  Axiom  Properties  Limited (ASX:AXI) is pleased to announce it has signed a Heads of Agreement with PARKD Limited (ASX:PKD) to jointly source and investigate opportunities for developing and constructing car parks in Australia.

Axiom Properties Limited announced the Company had settled the purchase of its 3-hectare development site on Camborne Parkway and Butler Boulevard in Butler, WA from Woolworths Ltd and intends to commence construction on site next week.

The land purchase comes after long-standing LFRA Gold Member Axiom Limited was contracted to buy the site in mid-2019. The successful sale was brokered by LFRA Bronze Member Vend Property.

Since that time, Axiom has secured a Development Approval for 13,350 sqm of Large Format Retail and has largely pre-committed the development with national retailers.

Adelaide, Australia, Wednesday 9 June 2021: Axiom Properties Limited (ASX:AXI) is pleased to provide an update on its large format retail project in Butler WA. The 3 hectare development site that the Company agreed to conditionally purchase in July 2019 sits alongside the existing Woolworths Shopping Centre and adjacent to the Butler Train Station.

Work on the $80m emergency services HQ, developed by Axiom Properties, is on track to be finished by the next bushfire season, the SA Government says. The headquarters, which will also include the state control centre, will house more than 300 staff from the CFS, MFS, SES and SAFECOM. It will be the first time in the state’s history all emergency services agencies will be based in the same building. They are expected to move in by November 1. Read More: Link: www.adelaidenow.com.au

Axiom has announced it will sell a 10ha slice of a major Mt Barker housing estate to retirement village developer Living Choice. The $5.5 million sale of land at the 50ha Glenlea Mt Barker site is expected to reduce the number of allotments at the broadacre subdivision from an initial 600. The proposed sale will still leave the project with a pipeline of over 250 allotments to construct, which it will continue to bring to market.

Adelaide, Australia, Friday 12 February 2020: Axiom Properties Limited (ASX:AXI) advises that the Board has resolved to ask Shareholders to consider and pass a Resolution authorising the Company to reduce its share capital by returning to each shareholder an amount equal to $0.015 per Share held by them at 5:00 pm (CST) on 24 March 2021, representing a total return to shareholders of approximately $6,490,705.

Axiom Properties Limited celebrated a major milestone this week with the first sod turned on the new $80m Emergency Services Headquarters at Keswick in Adelaide.

A housing revival has helped fuel a mini-boom in large-format retail development in Perth, with $125 million worth of projects under way or approved. Read the full article here:

Axiom refers to its previous announcement and is pleased to advise that the Minister for Planning has now approved the development application for the Construction of an integrated Emergency Services Sector Headquarters comprising of a multi-storey office building, multi-deck car park, hardstand area, a storage building, landscaping and other ancillary works. Axiom along with its consulting team continues to progress design documentation ready for construction commencement anticipated for early July, as well as working towards achieving financial close.

Søren was in town to do the initial round of publicity for his stake in a 25-storey, $180 million property development on the site of the old Avant Garde Furnishings shop on Currie Street. Søren’s business Work Club will take out two of the 25 storeys and act as the development’s agile co-working space...

"A developer will devote two levels of a new Currie Street tower to “gig economy” workspaces, hoping to pre-empt a commercial real estate future in which long-term leases for large numbers of full-time staff are a thing of the past."

Woollahra Council has unveiled new details of its plan to redevelop Cross St carpark into a boutique cinema and apartment complex, and set a 2023 target for its completion.

Adelaide, Australia, Friday 22 February 2019: Axiom Properties Limited (ASX:AXI) refers to the Half Yearly Report announced by Event Hospitality and Entertainment Limited (ASX:EVT) yesterday, 21st February and the subsequent media reports, and is pleased to provide the attached media release in relation to the Company’s 50% Joint Venture (JV) interest in the mixed-use development at 62 Currie Street, Adelaide, South Australia. Axiom and its Joint Venture Partner are delighted to be bringing this world-class offering to the Adelaide market.

Refer attached PDF: Notification of Intention of Return of Capital 2018.04.13

Hotel developer Estilo Group has been announced as the operator for Richmond Club’s 114 room hotel project.

Adelaide, Australia, Tuesday 13 February 2018: Axiom Properties Limited (ASX:AXI) is pleased to announce that it has today signed a conditional Agreement for a long term Ground Lease with Estilo Group over Axiom's hotel site at the Richmond Club in Western Sydney.

Adelaide, Australia, Tuesday 19 December 2017: Axiom Properties Limited (ASX:AXI) is pleased to provide an update to the market on progress at its 50% interest in Glenlea Estate, the Company's residential subdivision joint venture in Mt Barker, South Australia.

Work has started on the first housing estate in the region to incorporate widespread solar battery technology... continue reading

The first land allotments at a new environmentally focused $100 million residential development in the Adelaide Hills have been officially released to the market.

Axiom is pleased to advise that settlement of the $22.350 million transaction occurred today.

The Double Bay commercial centre is one step closer to securing a cinema which will further boost the revitalisation of one of Sydney’s most popular urban villages.

CHAIRMAN’S STATEMENT
This years announced profit of $5.4 million is the fifth consecutive year that your Company has recorded a profit. The Board and Management are delighted with this result and with maintaining a consistent record of producing profits.

Company enters into Joint Venture on strategic CBD site for mixed use development.

Axiom is pleased to announce today a reported net profit after tax of $4.3m for the half year to 31 December 2017.

Axiom Properties Ltd is pleased to announce its annual result for the year ended 30th June 2015. This years’ result has built on the turnaround in profitability and outlook for the Group over the past few years, delivering a net profit for the year of $3.6m which represents an improvement on last year’s result of 27%.

The Company is firmly optimistic about the future prospects for the Group, and is confident of delivering continuing strong results for shareholders in the foreseeable future.

Axiom Properties Ltd (“Axiom”) is delighted to announce it has formed a Strategic Partnership with Oriental University City Holdings (H.K.) Limited (“OUC”), a University City established in China in 1999 and recently listed on the Growth Enterprise Market of The Stock Exchange of Hong Kong Limited.